August is already upon us! Oh, where has the summer gone?

Okay, no more Negative Nancy here. Moving on, to all the latest and greatest across the United States… err… Well, we will just fill you in on all the scumbags ripping off the mail (just in case you are not yet convinced that you need a locking mailbox).

Without further ado, here we go!

(STAUNTON, VIRGINIA) “Staunton police have issued a warning after a rash of break-ins and thefts, only this time the thieves aren’t targeting businesses. Instead, they are stealing from mailboxes

“What’s happened is people grab all the mail, then they go through it, take what they want and throw the rest away. So, we’ve had reports of torn up mail along the side of the street,” says Klein.

However, the thieves aren’t after birthday cards and magazines. They are looking for checks, specifically bill payments.

In this case, a late fee may be the least of the victim’s worries.

“The real concern is the identity theft because, once you have that check, you have the routing number, and you have the check number and the name,” says Klein.

For criminals, targeting a victim is made easy by the literal “red flag” on the mailbox.

“It’s unfortunate, because that’s what the mailboxes are for,” comments Klein.

She says most of these crimes are happening at night, and one of the best ways to keep mail safe is to simply take it out in the morning. It’s an easy change mail carrier Tom Miller hopes people will make.

“I try to make sure that the mail is secure when I deliver it. Hopefully, people will take the same precautions with their mail receptacle,” says Miller.

Precautions, like checking your mail daily, are thing Miller says not everybody does.

“Then just get their mail as soon as they get from work or wherever they are because, a lot of times, I see mail in there the next day from the previous day,” adds Miller.

Staunton police also suggest dropping any confidential mail directly into one of the blue U.S. Postal mailboxes the city has downtown.

Both Miller and Klein say these simple changes can go a long way to make sure a mailbox isn’t red flagged by criminals.

Klein also warns that stealing mail is a federal crime.”

COMMENTS: We don’t often hear about mail theft in places like Virginia, where residents think this kind of crime doesn’t happen in their neighborhood. The sad reality is that mail identity theft happens everywhere, and crooks are NOT just looking for checks. They are looking for anything with your personal information on it, including bank statements, credit card offers, social security statements, and more. It’s not enough to simply check your mail promptly, as many would-be identity thieves are so brazen they will follow the postal carriers to steal your mail, and victims rarely notice when something goes missing.

To prevent mail identity theft, (1) use a high security locking mailbox to secure incoming mail; (2) never send checks from an unsecured mailbox – bring sensitive outgoing mail to the post office, or better yet use online bill pay (it’s more secure!); and (3) shred all sensitive documents (most of which come in the mailbox) before discarding them.

(GULFPORT, MISSISSIPPI) “A Hattiesburg man has been sentenced to 18 months on federal charges of possession of stolen mail containing checks totaling $23,000.

The judge also ordered Plummer to repay Chase Bank $13,000, participate in a drug-treatment program and complete a program equivalent to a high school diploma.

Prosecutors say the stolen mail contained three Chase Bank convenience checks totaling $23,000. They say Plummer used 2 of the checks, which were stolen in Harrison County in 2007.

Prosecutors say Plummer lived on the coast at the time.

COMMENTS: We don’t hear of mail theft in Mississippi often, and if you ask people from the deep south if they have a locking mailbox, they often ask what a lock mailbox is, or laugh in your face. In our neck of the woods (that’s the Pacific Northwest) most everyone has a secure mailbox. Maybe the meth heads just started ripping off our mail along time ago, so we’re a bit ahead of the curve. Regardless, it has become quite apparent that mail identity theft is a rampant problem across the country, and no regions are immune. The solution is a high security locking mailbox like the Mail Boss to keep those convenience checks (and other sensitive documents) out of the hands of crooks like Plummer. Easy! 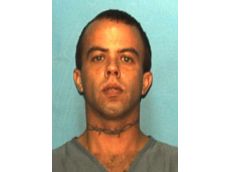 (MARIANNA, FLORIDA) “Police say a Jackson County man arrested after a search of his residence early Wednesday morning was stealing mail from throughout the county.

He also had stolen property and instruments used to manufacture methamphetamine, authorities said.

In the early morning hours, the Jackson County Sheriff’s Office and Marianna Police Department executed a search warrant at 3025 State Correctional Rd., the residence of Larry Leroy Leitzel Jr. During the search of the residence, a news release said, officers located stolen property, “instrumentalities used to manufacture methamphetamine,” and various pieces of mail taken from mail boxes throughout Jackson County.

“It appears that the suspect was removing checks from the mail and attempting to wash the checks to alter the payee information,” the release said.

The Sheriff’s Office was able to determine that mail was taken from mail boxes on Leland Road, Old Cottondale Road, and Friendship Church Road. It appeared the checks were removed from the mail boxes between July 25 through 26, 2010.

The Sheriff’s Office urged all Jackson County residents to check with their financial institutions to determine if their checks had been passed and to contact the Sheriff’s Office if altered. The checks were originally written to pay bills.

COMMENTS: Observation #1 – Identity theft and methamphetamine go hand in hand. It’s always the tweakers who are stealing mail, checks, and anything they can get their hands on to fund their drug habit.

Observation #2 – Kudos to the Sheriff’s Office for getting the word out about being vigilant with outgoing mail. However, residents also need to secure their incoming mail to prevent identity theft. Courtesy checks, credit card statements, bank account information and more all come to your mailbox, and offer a treasure trove of information for would-be identity thieves.

Advice to Prevent Mail Identity Theft – (1) Use a high security locking mailbox like the Mail Boss to secure incoming mail. (2) Do not send checks from a non secure mailbox; take them to the post office, or better yet use online bill pay – it’s more secure. (3) Always shred sensitive documents (most of which come in your mailbox) before discarding them.