(TUSCON, ARIZONA) “Two Marana teenagers were indicted Wednesday on federal mail theft and postal damage charges. [Raines] 18, and [Nichols] 19, were arrested Nov. 4 by Pima County sheriff’s deputies who were investigating a series of fires started in Marana […]. Raines was found in possession of a prescription drug bottle belonging to a Marana man who told deputies he receives his prescriptions through the mail, court records show. When deputies went to the Marana man’s home they found partially burned mail inside his mailbox and an empty envelope the medication had been mailed in on the ground next to footprints that were matched to Raines and Nichols, court records show. The teenagers are scheduled to be arraigned Dec. 23.”

(KILGORE, TEXAS) “The Kilgore Police Department is warning residents to keep an eye on their mailboxes. The department has received five reports of stolen mail this week, an official said Thursday. The thefts — all of outgoing mail — occurred at local businesses and homes near north Texas 135 and at a housing complex off Danville Street.

“They were going through the mailboxes, and they actually took some checks,” Lt. Roman Roberson said. The checks were removed from their envelopes and placed back into the boxes, which suggests that someone planned to commit forgery, counterfeiting or identity theft, he said. “There’s a lot of things that go through the mail that have personal information on them.”

[…] “The best thing to do (to prevent mail theft) is when you send mail take it to the post office,” Roberson said. “Be aware of when the mail comes, don’t leave it in the box overnight.” Roberson said a locked mail box also is a good investment. Often, people aren’t aware their mail has been taken because the empty envelopes are removed from the box, he said. […]”

(FAIRBANKS, ALASKA) “A seventh person has pleaded guilty to a role in a mail theft ring that targeted neighborhoods outside of Fairbanks. [Malyk] of Delta Junction pleaded guilty Wednesday to a charge of second-degree felony theft as part of a plea agreement with prosecutors. […]

Malyk is believed to have been part of a group of about 10 people who stole checks and credit cards from mailboxes in the outlying areas of Fairbanks. On one occasion, Malyk cashed a stolen check for $1,400 at Walmart, according to court records.

Local law enforcement agencies received more than 700 reports of mail theft or tampering from September to December 2008. Cases ranged in severity from displaced mail being found at the side of the road to stolen checks and credit cards being used to purchase thousands of dollars worth of items from local businesses. Authorities estimated losses in the range of tens of thousands of dollars. Drugs, specifically methamphetamine, were the main motive for the thefts. […]”

(PAULDEN, ARIZONA) “Officials with the Yavapai County Sheriff’s Office are investigating vandalism in a northern Arizona neighborhood after multiple mailboxes were damaged […]. Dwight D’Evelyn with the Yavapai County Sheriff’s Office said deputies responded to several reports of mailbox vandalism in Paulden on December 5th. A majority of the mailboxes were reportedly located on Feather Mountain Road and surrounding streets including Big Chino Road, Annie Road, Big Sky Road and Antelope Road. A short time later, deputies investigated additional mailbox vandalism in a neighborhood adjacent to Old Highway 89 in Paulden, according to D’Evelyn.

Deputies believe unknown suspects apparently used a bat or similar object to strike and damage the mailboxes. Many were found with the doors open, but there were no reports of mail theft. D’Evelyn said it is likely the crimes occurred during the late evening to early morning hours. A suspicious vehicle reportedly seen in the area a day prior to the vandalism is described only as a purple and black Mazda, which contained several males. It appeared the occupants were checking some of the same mailboxes that were later found vandalized, said D’Evelyn. […]” 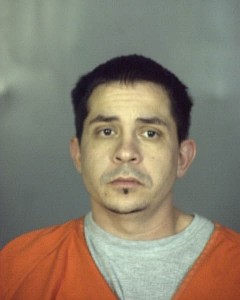 (WACO, TEXAS) “Waco Police have arrested a man they believe may have been involved in numerous thefts of checks and credit cards from mailboxes in Waco and Woodway. Kim Russell Turnquist was initially approached by police checking after allegedly walking out on a tab walked at a local pizza place. When they went to his room at the Sandman Motel, they discovered a large collection of checks and credit cards. Police say they suspect many were taken out of area mailboxes. Police say he had been living at the motel for about four months with his only employment being odd jobs.”

(KILGORE, TEXAS) “On Tuesday, 12-08-2009, the Kilgore Police Department received five reports of mail being stolen out of mail boxes during daytime hours. All of the incidents involved out-going mail at businesses and residences. At this time, the Kilgore [PD] has information a four door gold car may be involved in the mail thefts.

Initial investigation revealed the suspect(s) are taking the mail and then removing checks out of the envelopes. This suggests the suspect(s) are attempting to obtain the checks in order to commit other crimes such as forgery, counterfeiting or identity theft.

The Kilgore Police Department would recommend placing outgoing mail in a secure mailbox such as a U.S. Postal mail box or take it directly into the post office. Also be aware of when your mail is delivered in order to quickly empty the mail box. A locking mail box is most effective. […]”

(STOCKTON, CALIFORNIA) “A 39-year-old Stockton man pleaded guilty in federal court Tuesday to fraud, identity theft and possession of stolen mail in a two-year fraud scheme. According to a news release […] Russell Anthony Hardcastle carried out his fraud from January 2007 to June 2009. The news release said he and Lacey Renee Cox, 27, also of Stockton, had been using stolen identities to open credit card accounts and to cash stolen and forged checks. The two also stole checks from the mail, the government said. Hardcastle was on parole when he committed the fraud.

Hardcastle pleaded guilty to felony bank fraud, aggravated identity theft and possession of stolen mail. His sentencing is scheduled for Feb. 17. […] Both are facing up to 30 years in prison on the charge of bank fraud, a minimum of two years for identity theft and up to five more years for possessing stolen mail. They may also have to pay restitution of up to $1.5 million.”

(CINCINNATI, OHIO) “Consumers bought an estimated $66 billion worth of gift cards last year and as we get closer to the holidays many are thinking of getting such cards this year. But, you need to be very careful if you’re planning on sending such cards through the mail. Pete Stoffolano of Mason put a gift card in the envelope with his mother’s birthday card and mailed it to an address in New York state.

“The postman brought it to the door and he asked her to come out. The card had been completely ripped open at the top and he asked her to take out the birthday card inside and see if anything was missing. She pulled out the card and there was no gift card,” he said. Stoffolano had told her he was enclosing a $25 Applebee’s gift card and she expressed dismay when it wasn’t there.

“He told her there have been some occasions of gift cards missing, especially out of birthday cards. He retained the envelope and said they were going to forward it to whomever does investigations,” said Stoffolano. […] Interesting, the back of the Applebee’s gift card does say you need to “Protect the card like cash,” because it really is just that, as good as cash. “People used to say never send cash through the mail. That’s an obvious thing. Well, apparently gift cards are just like cash and apparently it’s easy to tell they’re in the envelope,” Stoffolano said.

Although many companies, like Applebee’s, state they won’t replace a gift card if it’s lost or stolen, others will replace them if you still have the original receipt – not just a credit card receipt. Bottom line, should you decide to send a gift card through the mail, first check the replacement policy on the card because you may have to take out insurance with the postal service in order to protect yourself if the card gets lost or stolen.”

(TORONTO, ONTARIO) “Two people face more than 200 charges of mail theft after a Canada Post employee alerted police. The employee called police […] after witnessing the theft of mail from boxes in the Richmond Hill area. When officers approached a suspect vehicle, they saw a man trying to stuff letters under the seat and into a knapsack. Police say they seized numerous checks and other pieces of mail from addresses in York Region, Toronto and Mississauga. Both [suspects] face 201 charges of mail theft, seven counts of possession of stolen property, and other charges. […]”