(AMARILLO, TEXAS) “Amarillo has seen a jump in mail thefts in the last couple of weeks, authorities say [emphasis added].

About two years ago mail theft was occurring regularly, but the number of cases had since dwindled, police Cpl. Jerry Neufeld said.

“Well, they’re back at it again,” Neufeld said. “Any way they can get a hold of mail or get their hands on it, they are.”

“The main thing they are looking for is your checks,” Neufeld explained. “Checks you’re writing to businesses, credit card companies, electric and water bills.”

The checks are then chemically washed, essentially giving the suspects a blank check.

“The info will stay on the check … what (the account owner) wrote with ballpoint pen will wash off,” Neufeld said.

No suspects have been identified, but methamphetamine users were “very much involved in the check forgery and washing going on with mail theft” previously, Neufeld said.

The recent residential mail theft has occurred mostly in the morning hours, before noon, he said [emphasis added].

“The main point is for people to be very careful of what they’re doing with their mail and not put it in the mailbox for the postal carrier to pick up,” he said.

Officials are advising taking mail into a post office to be sent.”

COMMENTS: Mail thieves are not just after checks! Yes, checks offer a quick opportunity for cash, but mail thieves (often methamphetamine addicts) also steal mail to obtain sensitive information for identity theft! In fact, the majority of ID theft (the fastest growing crime in the country) is perpetuated via low-tech methods: stolen wallets/purses, mail and trash. In your mailbox, thieves can find a wealth of sensitive information including bank account statements, credit card offers, social security numbers and more! To secure your mail and protect your identity, use a high security locking mailbox like the MAIL BOSS that can’t be fished by hand or easily pried open with a screwdriver.

(MOREHEAD, KENTUCKY) “A Morehead woman was sentenced Friday to 51 months in prison and ordered to pay $6,743.05 in restitution for conspiracy to commit bank fraud, theft of mail and aggravated identity theft.

Sheila Darlene Troxell, 40, pleaded guilty to the charges in June. She would steal mail from residential mail boxes in rural areas, then extract checks and credit cards and discard the rest [emphasis added].

Troxell would then use the checks and credit cards to buy goods and services from retail stores and obtain cash from financial institutions. Troxell also admitted that she used stolen blank checks by filling out the checks, forging the maker’s signature, endorsing the stolen checks using actual names, and presenting the checks for cash or for deposit into accounts from which she would withdraw funds. […]”

COMMENTS: Identity theft is the fastest growing crime in the country, and one of the primary ways criminals obtain your personal information is by STEALING YOUR MAIL. In the mailbox, they can find a treasure trove of personal sensitive information: bank account statements, credit card offers, courtesy checks, utility bills, social security statements, medical bills and more. To prevent mail identity theft, use a high security locking mailbox like the Mail Boss that can’t be fished by hand or easily pried open with a screwdriver. Also, never send checks or sensitive mail from an unsecured mailbox – take them to the post office or use online bill pay. Finally, always destroy sensitive documents (most of which come in the mailbox) before discarding them to stop dumpster diving.

(AMARILLO, TEXAS) “Amarillo Police are warning you, a lot of mail is being stolen. They’re urging you to be extra cautious. Amarillo Police tell Pronews 7 they have seen a recent increase in the number of mail thefts [emphasis added]. They say thieves are targeting your mailboxes, the post office’s blue boxes, and even apartment complexes. Police say the thieves are looking for checks. They say what the thieves will do is chemically wash the writing off, and then fill in the blanks, cashing them in for whomever and whatever they want. If you suspect your mail has been stolen, police suggest a few things.

“If they find they have actually written a check to a place and it didn’t actually make it to that organization or that group then they need to make a police report as soon as they can and put a stop payment out there. It maybe too late, once they get their hands on it, these thieves are going to wash it and cash it probably about within a 12 to 24 hour period,” said Corporal Jerry Neufeld, Amarillo Police Department.

Cpl. Neufeld says the safest way to mail is going into the post office. “The safest place to take your mail is to just go to the U.S. Post Office get out of your car and go inside and drop it in a slot inside”.

Cpl. Neufeld also advises that when writing a check to use a gel pen. Those are the only known type of pens that can not be chemically washed.

COMMENTS: Seriously? What is with authorities telling people over and over again that thieves are targeting checks for ID theft? You know what that’s called? Check fraud! And it’s common, and not that big of a deal. Stop payment on the check, or let your bank know it was fraudulent activity, and *VOILA* there’s nothing to worry about. You know what’s a much bigger pain in the butt? Actual identity theft. And how, you ask, do thieves get your information for identity theft? Often times by stealing mail! The meth heads may happen upon a check here or there and take the opportunity to fraudulently use it for quick cash, but they can profit much more extensively if they can obtain enough information to steal your identity, open fraudulent credit lines, and more. This is often the underlying goal, and if you become a victim of identity theft (and last year 11.1 million Americans did) it will be a nightmare to resolve.

To protect against identity theft, prevention is key. That includes using a high security locking mailbox like the MailBoss to keep your private sensitive information out of the hands of would-be identity thieves. Also, always destroy sensitive documents (most of which come in the mailbox) preferably with a cross-cut paper shredder before discarding them. 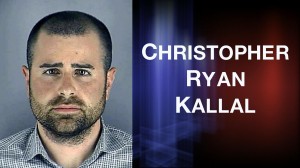 Christropher Ryan Kallal was charged with one count of identity theft and one count of mail theft [emphasis added]. If he is convicted on both counts, Kallal faces a maximum penalty of 13 years in prison and $25,000 in fines. […]”

COMMENTS: According to the complaint, Kallal was able to open credit accounts without his girlfriend’s consent by stealing her mail. It’s pretty bad when your own “boyfriend” steals your mail for identity theft. I would suggest a locking mailbox, but instead I’m going to recommend a swift breakup.

(CENTRALIA, WASHINGTON) “Centralia’s SWAT team was on hand as police searched a Harrison Avenue mobile home during an investigation into identify theft and bogus checks. Centralia police believe Social Security numbers and other personal information had been stolen from mail boxes and vehicles [emphasis added]. The information was then allegedly used to create forged checks which were passed at a number of Twin Cities area businesses. Police say they seized computer equipment, thumb drives, and CD’s.  A 33-year old Centralia woman, Erica D. McCleary, was arrested for investigation of forgery and identify theft.  A 50-year-old Centralia man was arrested for alleged drug possession and a 34-year-old Rochester woman was also jailed for an unrelated outstanding warrant.”

COMMENTS: In fact, the majority of identity theft is perpetuated (meaning information is obtained) via old-fashioned low-tech methods: stolen wallets/purses, mail and trash. Thieves prowl cars, houses and mailboxes to steal your physical documents which they then use (electronically or otherwise) to commit identity theft. The best defense against ID theft is to protect your personal information. This requires keeping close tabs on your wallet or purse, using a high security locking mailbox like the Mail Boss to secure incoming mail, bringing outgoing mail to the post office or paying bills online, and shredding sensitive documents before discarding them.

(EDMOND, OKLAHOMA) “”I can hear when the mailman comes by everyday. Everyday when he comes by, I’ll come out immediately and get my mail,” Van Shea Iven said. “Tuesday is when I didn’t get any mail, and I waited maybe 5 minutes from the time I heard him go by to come out.” But when he opened his mailbox, it was empty; an unusual occurrence for Iven.

He says he usually gets several pieces of mail relating to his television sports show.

The next day though, he got mail and a phone call from the Edmond Police Department saying they found some of his missing mail.

“I had a DVD that I was going to use in my show of a football player,” he said. “They also found a birthday card that my mom had sent. She never sends cash in the mail, and this year she did, for the first time.”

Inside was $400 the thieves had stolen.

“Apparently somebody drove around a neighborhood in south Edmond around the Bryant and Boulevard area and just went behind a mail truck basically and took all the mail out of these people’s box and went through it,” Edmond Police Department spokeswoman Glynda Chu said [emphasis added].

The thieves then dumped mail from about 48 different addresses into someone’s trash can [emphasis added].

Police were able to return most of it except a credit card and possibly something Iven had been expecting.

“So there may have been a check for a lot more than the $400 bills that came, but if that’s the case, I hope they try to cash it. I hope they go to a bank and try to cash it today. I encourage them to, because every bank is going to have a camera and then they’ll get caught,” Ivan said.

Police say that stolen credit card had been used. Police say if you suspect anything, check your credit report and account balances. So far they have no suspects in this case.”

COMMENTS: ID theft is the fastest growing crime in the country, and thieves are targeting your mailbox to obtain sensitive information!!! Most everyone shreds or otherwise destroys sensitive documents before discarding them, without thinking of where these documents come from- the mailbox!

If your mailbox is not secure, you have no way of knowing if someone has taken your mail. The victims in this case were lucky because someone discovered the discarded mail that was not useful to thieves. However, most victims are not so lucky and do not realize their information has been compromised until it’s too late!

To prevent mail-identity theft, use a high security locking mailbox like the MailBoss or the Package Master. You can’t fish these locking mailboxes by hand or easily pry it open with a screwdriver, plus weighing 40lbs, it’s not susceptible to mailbox baseball! It’s available at your local Ace Hardware. Other steps to take: Do not send checks from an unsecured mailbox; take them directly to the post office or use online bill pay. Also, shred sensitive documents (most of which come in the mailbox!) before discarding them to thwart dumpster divers.