Here’s a round up of mail identity theft stories across the nation from December 27-30, 2011. Seriously, these posts span fewer and fewer dates as mail theft is on the rise across the nation. Trying to fit more than just a couple days of news into one blog post makes for a very long read. Well, without further ado, here are the last mail-identity theft news stories of 2011.

COMMENTS: Vandals and mail thieves are not one and the same. Vandals break mailboxes. Mail thieves steal your sensitive information for fraud and identity theft. One is a nuisance. The other can ruin your good name and credit score. Mail theft is one of the leading causes of ID theft, and residents (especially in areas where mail theft is known to be occurring) should protect themselves with a high security locking mailbox like the Mail Boss.

COMMENTS: Vandals and mail thieves are not one and the same. Vandals break mailboxes. Mail thieves steal your sensitive information for fraud and identity theft. One is a nuisance. The other can ruin your good name and credit score. Mail theft is one of the leading causes of ID theft, and residents (especially in areas where mail theft is known to be occurring) should protect themselves with a high security locking mailbox like the Mail Boss.

Helena, MONTANA: Thieves have been stealing from residential mailboxes in Helena Valley, and authorities say this is a common thing. Culprits usually target unlit roads with strings of mailboxes along the road way, rifle through mail and take what they want, discardin the rest.

COMMENTS: Mail-identity theft is typically fueled by methamphetamine abuse. To protect yourself, use a high security locking mailbox like the Mail Boss to keep thieves from stealing your sensitive information. Another perk is it weighs 40lbs, so no more replacing your mailbox due to mailbox baseball!

Sierra Vista, ARIZONA: In Sierra Vista Mobile Home Village, thieves broke into eighteen different USPS community mailboxes and stole residential mail from hundreds of victims. All of the mail that was not taken was opened. Residents are being advised to carefully monitor their financial accounts for any suspicious activity. 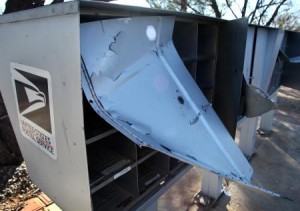 COMMENTS: Mail theft is one of the most common ways thieves obtain your sensitive information for identity theft. Thieves routinely target cluster (community) mailboxes because they house many people’s mail and can be easily violated. They use a screwdriver or crowbar to break one luck and get access to everyone’s mail. Sometimes they’re looking for cash or checks, but they’re also looking for sensitive financial information for identity theft. People who have their mail stolen from a locked mailbox are sometimes luckier, because at least they know when their mail has been stolen and can take the necessary steps to protect against fraudulent activity (i.e. issue a credit fraud alert). Most victims of mail theft (from unlocked mailboxes) do not even realize when their mail has been stolen!

Seattle, WASHINGTON: Seattle police have apprehended a mail thief after a K-9 officer stumbled upon a mail thief prowling neighborhood mailboxes in Jackson Park. They recovered about 115 pieces of stolen mail stolen from some 30 residents.

COMMENTS: Mail theft has been a long time problem in the Seattle area. Thieves are so brazen they will even follow the postal carrier in broad daylight stealing mail. They use their loot for fraud and identity theft. Most mail thieves are not caught, since victims don’t realize their mail has been stolen. Only in cases like this when the police get lucky do people even realize what has happened! And, when they are arrested, they usually get little more than a slap on the wrist. It’s a low-risk crime with big pay-outs for thieves, and big consequences for victims. With the plethora of sensitive information that arrives in the mail each day, residents should consider using a secure locking mailbox for protection.

Fairbanks, ALASKA: There is an ongoing investigation into a rash of mail thefts in the Fairbanks area. Troopers say thieves are after checks and credit cards; over 150 Alaskans have been victimized in the past weeks, and mail theft is an ongoing problem in the Interior. Troopers now have three suspects in custody, after they were arrested on unrelated charges and stolen mail was found in their home.

COMMENTS: ID theft is the fastest growing crime in the country, and mail theft is one of the most common ways that thieves obtain your sensitive information. It has been going on in Fairbanks for sometime, and now is present in nearly all parts of the country. To protect yourself, use a security mailbox to keep thieves from stealing your mail, and never send sensitive documents from an unsecured mailbox. In Fairbanks, you can find the Mail Boss at Fred Meyer or Spenard Builders Supply.

Traverse City, MICHIGAN: One Traverse City resident had her passport stolen from her mailbox. Other residents in the Easy Bay Township have also reported incidents of mail theft. Police are urging residents to take precautions.

COMMENTS: Honestly, it is mind blowing that people receive such sensitive and valuable information as passports in an unlocked mailbox. When we travel, most of us choose to leave our passports secure in a hotel safe. Well, getting your passport in the mail is like leaving your passport in a cardboard box on the side of the street, sitting out there for anyone to steal. This applies to all of the sensitive personal and financial information we receive in the mail from day to day. With the prevalence of mail-identity theft, our mail is no longer safe in an unlocked mailbox. To protect against becoming a victim, use a secure locking mailbox like the Mail Boss.

Weston, CONNECTICUT: Police say mail thieves have struck again in Weston, after a Hidden Hill Road resident reported mail and money taken from his mailbox. One of the stolen checks was forged and cashed. Reportedly, the mail thieves also stole from residential mailboxes along Brookwood Lane and Deepwood Road.

COMMENTS: Mail theft has been a growing problem in Weston with reports increasing even just the past few weeks! To protect yourself, you should use a secure locking mailbox to keep thieves from stealing your sensitive personal and financial information. In addition, never send sensitive mail – checks, bill payments, etc. – from an unsecured mailbox. Bring them directly to the post office or use online bill pay – it’s safer! 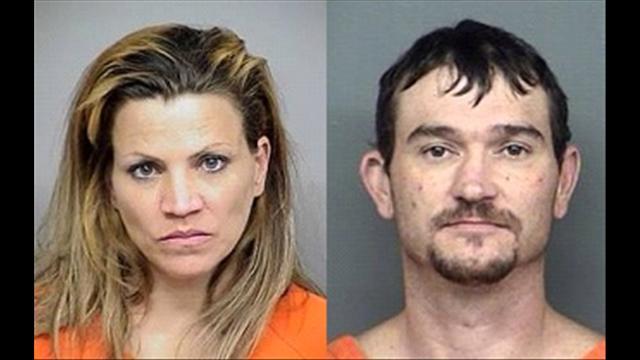 COMMENTS: Don’t these two look like a couple class acts? Historically we haven’t seen a tremendous amount of mail theft in these parts, but it’s becoming more and more common. Remember just six months ago a similar story out of Texarkana… another couple was indicted for stealing from residential mailboxes. To protect yourself, use the Mail Boss high security mailbox, available in Texarkana if you ask for it by name at Dot’s Ace Hardware.

POLICE BLOTTERS Nationwide: Residents are reporting theft of incoming and outgoing mail on a regular basis across the nation. Sometimes thefts happen during the day while other times thieves strike at night. A compilation of police blotters are included below.

COMMENTS: Mail thefts are frequently included in police blotters when there are just a few incidents here are there – not enough for a big story. That said, most victims of mail theft do not even realize when their mail has been stolen, and many more do not know they should report mail theft to the police. Here is a primer on what to do if your mail is stolen.