We are back from five days in Minneapolis. We were representing Mail Boss at the Mid-States Big Show, held semi-annually in the Minneapolis Convention Center. This was our fourth or fifth show with Mid-States… it’s hard to keep track.

We have several key accounts through Mid-States that have been long time customers – specifically Coastal Farm and Ranch, and Big R CSWW. These companies have been our biggest advocates in growing the business with Mid-States, and we can’t thank them enough!

It’s been a long journey, but in the last couple of years, we have been able to get into several more key accounts, including Bomgaars, Rural King, and most recently Mills Fleet Farm and Orscheln. After this most recent show, we hope to add several more big names to that list!

Anyway, here are a few of my reflections on this most recent experience:

Minneapolis in January is flipping cold. Walking from the hotel to the Convention Center takes only about five minutes. In this time, your hands and face go numb. I would compare it to riding up a chair lift without a hat or gloves. Really special.

The Midwest is going digital. Members’ online business is growing and they are optimizing their online presence and offerings. They report their customers are going online to buy more and more, and are willing to pay for the convenience factor. Well, that makes sense!

Gone are the days of mail security in rural towns. It used to be that people in the middle of the country believed mail theft did not happen in their area. Some claimed mail thieves would be shot. Others simply had never heard of such a thing. Well, thanks to the meth epidemic and widely reported incidents of mail theft in rural areas, most buyers now know that mail theft is, indeed, a problem.

Buyers are people. Some people are jerks. By the transitive property, then, some buyers are jerks. Maybe they didn’t have their morning coffee. Maybe they just have something against mailboxes. I don’t know. But if they don’t want to talk to us, well that’s their loss!

Mid-States members are pretty darn cool. For the most part, these are salt-of-the-earth people who are happy to talk and happy to listen. They value hard work and pride themselves on offering true solutions to their customers. This fits in line pretty nicely with our business model, and that’s swell!

Last, but not least, a few pictures. Here are a few shots of David (a.k.a. dad) and me in our booth at the show. 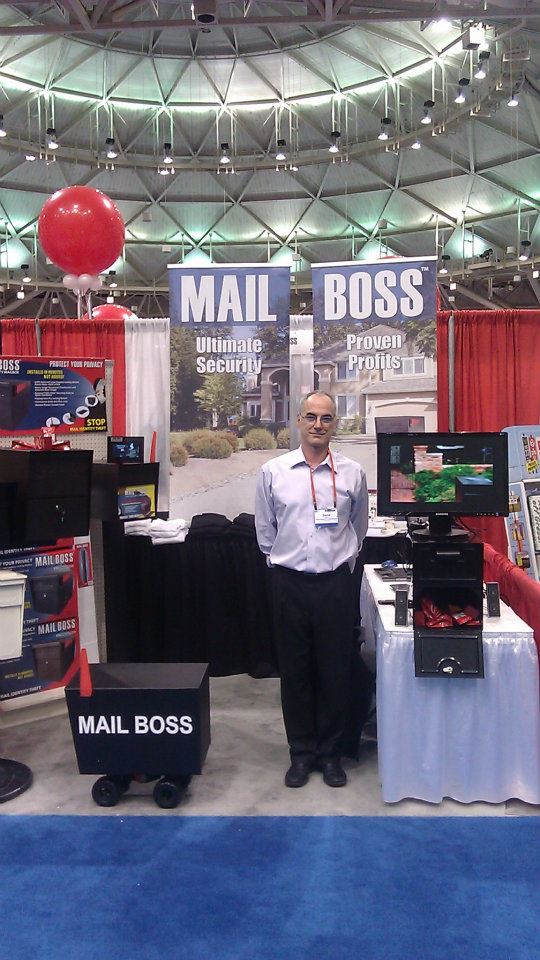 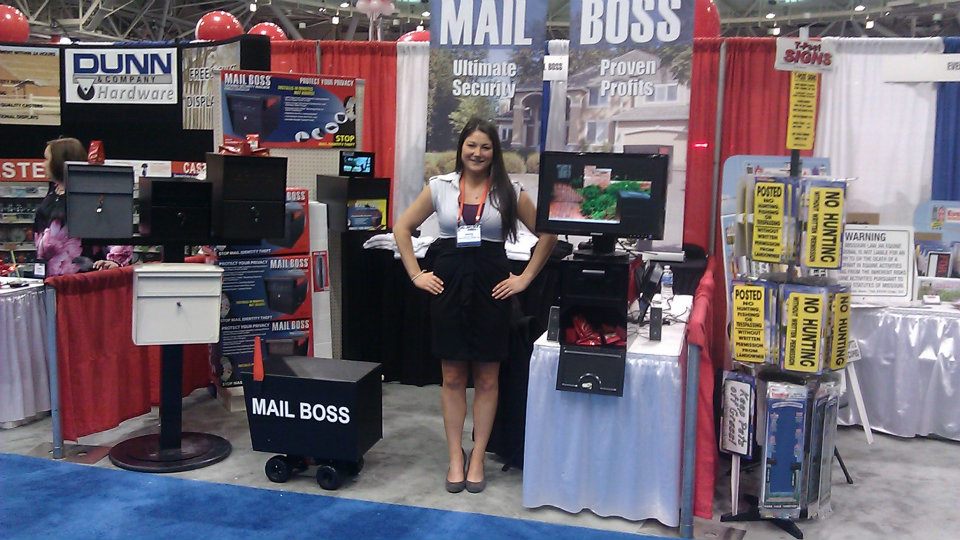