First of all, a big Happy 50th Birthday to Miss Monica, owner and CFO of Epoch Design. But we don’t like to use big fancy C-level acronyms around here, so she just goes by “UDM” – Ultimate Decision Maker. 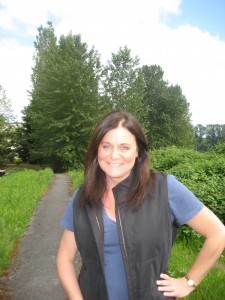 Last week, Miss Monica was off representing Mail Boss at the Fall 2010 True Value Show in Las Vegas. But now she’s OVER THE HILL back to the grind.

Anyway, here is the latest in the mail-identity theft grind:

(FAIRBANKS, ALASKA) “After nearly two years of investigation and court hearings, the eighth and final defendant in a mail theft ring that targeted the Fairbanks area has been sentenced.

Daryn Thompson, 33, pleaded guilty Friday to felony counts of second-degree theft and second-degree forgery as part of a plea agreement with prosecutors who agreed to drop a half-dozen other felony charges in exchange for the plea.

Superior Court Judge Michael McConahy approved the agreement, which calls for a four-year prison sentence with two years suspended and three years on probation. Thompson will also have to pay more than $3,000 in restitution and enter a drug treatment program. He must report to jail by Oct. 15.

One of Thompson’s three attorneys, public defender Michael Biderman, noted that Thompson has not had any trouble with the law while he has been free on bail for about a year.

Thomspon was one of eight people who reportedly stole hundreds of pieces of mail from neighborhoods outside of the city limits in late 2008.

Cases ranged in severity from displaced mail being found at the side of the road to stolen checks and credit cards being used to purchase thousands of dollars worth of items from local businesses. Authorities estimated losses in the range of tens of thousands of dollars. Drugs, specifically methamphetamine, were the main motive for the thefts.

All eight defendants settled their cases with plea agreements, with sentences ranging from one to five years in jail. […]”

COMMENTS: “Thomspon was one of eight people who reportedly stole hundreds of pieces of mail from neighborhoods outside of the city limits in late 2008.” And for this, the defendant will do less than two years in jail/prison.

The most important point: “Drugs, specifically methamphetamine, were the main motive for the thefts.” It’s a known fact that meth is intricately linked with mail-identity theft. I certainly hope his court-mandated drug addiction program works, because otherwise I guarantee he’ll be back at it funding his habit by victimizing hard-working Americans as soon as he is out.

This sort of crime is on the rise and people need to be vigilant; namely, lock up your mail and protect your identity with a high security locking mailbox like the Mail Boss that can’t be fished by hand or easily pried open with a screwdriver.

(FRANKLIN, TENNESSEE) “The Williamson County Sheriff’s Office said someone stole checks from a mailbox in the Leipers Fork area.

Officials said two men altered one of the checks and used it to buy things at a Wal-Mart in Hermitage. The sheriff’s office was informed of the incident on August 30.

A surveillance camera caught the two men when they were walking out with their purchase on August 25. They spent more than $500.

Investigators said they drove a black, 4-door vehicle which may have been a Dodge Charger.

Call Williamson County Crime Stoppers at 794-4000 if you recognize them.”

(LONG BEACH, CALIFORNIA) “Snail mail – good, old-fashioned postal mail for non-techies – can be just as insidious as e-mail when it comes to stealing your identity. On Wednesday, Long Beach Police Department East Division Cmdr. Lisa Lopez and Acting Sgt. Greg McMullen will discuss mail theft trends at Coffee with the Commander at 6 p.m. on the patio at Hof’s Hut, 2147 Bellflower Blvd.

COMMENTS: Great to get the word out! Research indicates that MOST victims of Identity Theft do not know how their information was compromised. However, of the 35% who know, the majority indicate “old-fashioned” methods including stolen wallets/purses, mail, and trash! In fact, cyber “high tech” methods only account for a small percentage of identity theft cases.

To protect against ID theft, use a high security locking mailbox like the MailBoss that can’t be fished by hand or easily pried open with a screwdriver. You can find the Mail Boss at your local Ace Hardware, True Value or online. Also, never send sensitive mail including checks from a residential mailbox. Bring them to the post office, or better yet use online bill pay. It’s more secure. Finally, always shred sensitive documents (most of which come in the mail!) before discarding them to prevent dumpster diving.

(SACRAMENTO, CALIFORNIA) “A Sacramento woman faces the possibility of a very lengthy prison sentence after she pleaded guilty Monday in U.S. District Court, Eastern District of California, to multiple charges of mail theft and wire fraud.

Traci Marie Linzmeier, 37, admitted in court records to being the getaway driver who, along with others, would follow U.S. Postal Service delivery trucks and vehicles earlier this year and steal mail trays while postal carriers were delivering mail. Linzmeier confessed to then sorting and opening the mail to glean financial infomration to make purchases over the Internet.

U.S. Attorney’s Office spokeswoman Lauren Horwood said Linzmeier faces up to 20 years behind bars for each wire fraud conviction and up to five years for each mail theft conviction. She may also be ordered to pay more than $1 million in fines, plus restitution, as well as be sentenced to three years of parole following prison.

COMMENTS: This woman followed the postal carriers and stole mail from victims in Sacramento in broad daylight. For everyone out there who thinks their mail is safe as long as they don’t leave it in the mailbox overnight, this just goes to show you that mail identity thieves are so brazen that you must take precautions to prevent mail-identity theft. For one, you must use a high security locked mailbox like the Mail Boss to keep thieves from stealing your personal and financial information.