Between midnight and 2 a.m., at least 12 mailboxes were damaged in the area of Bull and Bremer roads. Police believe the mailboxes were smashed with blunt instruments.

COMMENTS: While the Mail Boss locking mailbox was designed primarily with security in mind, it also serves as a significant deterrent to mailbox vandals. A high quality security mailbox must be made of strong materials, and the Mail Boss mailbox’s 12- and 14-gauge galvanized steel construction passes muster! While there is no such thing as a “vandal proof” mailbox, the Mail Boss is about as close as it gets. Weighing in at 41 lbs, the Mail Boss will not easily bend or break, and can withstand some serious “mailbox baseball” activity. We suspect if the vandals were to hit your Mail Boss once, your locking mailbox may suffer a little cosmetic damage, but the vandals won’t be coming back for Round 2!

(LAS VEGAS, NEVADA) “Incidents of mail theft around the Las Vegas valley are finally linked to one suspect, after he was caught on camera.

Residents in the apartment community most recently hit say they’re worried because of what may have been in their mailbox.

The Camden Commons Apartments in Henderson was hit last month. Surveillance video in it’s mail room show a man entering it armed with a crowbar to pry open a bank of mail boxes. He quickly collects what he can before anyone comes around.

Postal officials say something like this can happen anytime or anywhere.

“It was daylight when he was doing that so just because its the middle of the day doesn’t mean someone’s not going to do something like that,” said postal inspector Luke Caggiano.

Inspectors say if you live in an apartment complex, be aware of who’s around you at all times. If someone’s inside the mail room, make sure they don’t look suspicious and are supposed to be there.

They also say to collect your mail frequently because if it does happen, the thief will get away with less.

The suspect is still on the loose and is responsible for multiple mailbox break-in’s throughout the valley. If you have any information, contact the Postal Inspector’s Office and you may be eligible for up to a $10,000 reward.”

COMMENTS: To protect yourself against mail identity theft , one of the fastest growing crimes in the country, you need to be vigilant. This requires the use of a high security locking mailbox that cannot be fished by hand or pried open with a screwdriver. If you are required to use a low-security cluster box, I would recommend petitioning the USPS for curbside delivery, or as a last resort, using a post office box instead, because the sad reality is that thieves know which boxes can be easily pried open. Cluster boxes are often targeted because they house mail for dozens of residents and often feature poor security locking mechanisms. They can steal more mail with less risk and effort.

(SOMERVILLE, NEW JERSEY) “[…] A North Gaston Avenue resident reported that a black mailbox was removed from the front porch sometime between June 1 at about noon and June 2 also at about noon, when he called police.

Police said the resident was unsure if there was any mail inside the mailbox, which had been nailed to a post on the northwest corner of the porch.”

COMMENTS: Now that’s a thief with a lot of nerve! Just goes to show you that mail theft can happen to anyone at any time. Residents should protect their sensitive documents including incoming mail to avoid identity theft, and that requires the use of a high security locking mailbox. The Mail Boss, weighing in at 40 lbs, can’t be easily carried off by a would-be identity thief. However, when your Mail Boss is properly installed with an In-Ground Post, there is no way to take the mailbox without also digging out a substantial amount of concrete! Good luck with that 🙂

(DURANT, OKLAHOMA) “A man arrested Wednesday evening for suspicion of stealing mail out of mail boxes has been charged.

Tommy Jackson Kirk, 34, was charged Thursday with knowingly concealing stolen property. He was captured by Durant Police Lt. Andy Navid after a resident in the 3300 block of W. Arkansas Street spotted someone taking mail.

The caller provided a description of the suspect and Navid found him walking eastbound at the railroad tracks according to police.

According to the report, Kirk confessed to taking the mail because he was hoping to find checks or money. He claimed that he had thrown away several pieces mail.”

COMMENTS: Mail theft hits Durant, Oklahoma, population 16,450! I had to Google Map this location because I have sure never heard of this little town. Well wouldn’t you know it… we have NO Mail Boss dealers within 50 miles of here. Lucky for residents in Durant (Durantonians? Durantites?) there is a Durant True Value Lumber where you can go to order the Mail Boss locally. We gave them a call to let them about the recent mail theft and they were surprised to hear of any crime in the town. Well, mail identity theft is a crime of opportunity, and where there are unlocked mailboxes there are mail thieves! A high security locking mailbox like the Mail Boss can protect your mail and your identity.

Nathaniel Johnson, 42, and his wife, Lakisha Scanes, 29, were charged Monday with theft related to an identity-theft scam that netted at least $88,000 from November through April, authorities said.

“Johnson and Scanes are charged with a scheme to steal money from the government, and to steal identities and money of ordinary citizens,” U.S. Attorney Paul Fishman said in a news release issued Tuesday. “We will continue to work with our partners to stop those who would treat a mailbox as a personal piggy bank.”

The couple allegedly stole tax-refund, unemployment, and Social Security checks from mailboxes and postal trucks. Then, they gave addicts and prostitutes fake identifications to cash the checks, according to the U.S. Attorney’s Office. The recruits received a portion of the cash obtained.

U.S. Magistrate Ann Marie Donio on Monday released Scanes on $100,000 bond, while Johnson remained in detention because authorities said he posed a flight risk. He was to appear Thursday for a bail hearing.”

COMMENTS: This is the best description I have seen yet of mail thieves: “[…] those who would treat a mailbox as a personal piggy bank.” Perfectly stated. The most important point to note about this story is that the thieves simply followed the mail truck… in broad daylight… and stole mail. Often “authorities” advise residents to never leave mail in their mailbox overnight to prevent mail theft. Well, we know for certain that this is not adequate to protect your mail from would-be identity thieves. They are brazen and they do not care if it is day or night. They may casually walk by and take your mail while walking “their dog” or they may use the cover of night to pry open your low-quality locking mailbox. The only true defense is a high security mailbox like the MailBoss locking mailbox, which protects your mail from thieves until you collect it.

(COLUMBIA, SOUTH CAROLINA) “A Lexington woman is facing several charges after stealing a driver’s license and using it to pass off stolen checks.

Bacon allegedly stole a driver’s license from an individual’s car, and then presented the stolen license to pass checks that she had stolen from other individuals’ mailboxes. These incidents occurred in November and December of 2009. Investigators say she obtained more than $6,000 using the stolen checks and false identification.

[…] The case was investigated by the United States Postal Inspection Service and the Lexington County Sheriff’s Department.”

COMMENTS: These mail identity thieves are resourceful, collecting information from multiple victims and multiple locations. In this case, a woman was able to steal a victim’s drivers license from her vehicle, and then steal checks from her mailbox, which she combined to use to commit check and identity fraud. In other cases we have seen, thieves will collect mail from the same victim repeatedly, until they have enough information to open fraudulent accounts, etc. With thieves like this on the streets, no one is safe unless they cover all of their bases. You should guard your personal information, secure your incoming mail with a high quality locking mailbox, never send outgoing mail from an unlocked mailbox, and shred all sensitive documents before discarding them. 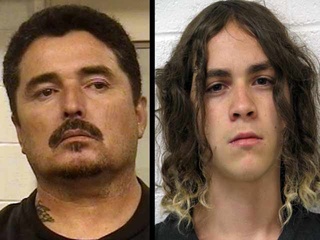 (ALBUQUERQUE, NEW MEXICO) “Two men sought as suspects in a massive identity-theft ring have been named the March fugitives of the month by Bernalillo County District Attorney Kari Brandenburg.

Carlos Parson and Jonathon White are believed to be involved in the ID-theft and racketeering ring that may have victimized hundreds of Bernalillo County residents.

Twenty other people already are in custody in connection with the case.”

COMMENTS: I would bet my lunch money that this identity theft ring exploited unlocked or low quality locking mailboxes to steal their victims’ information. 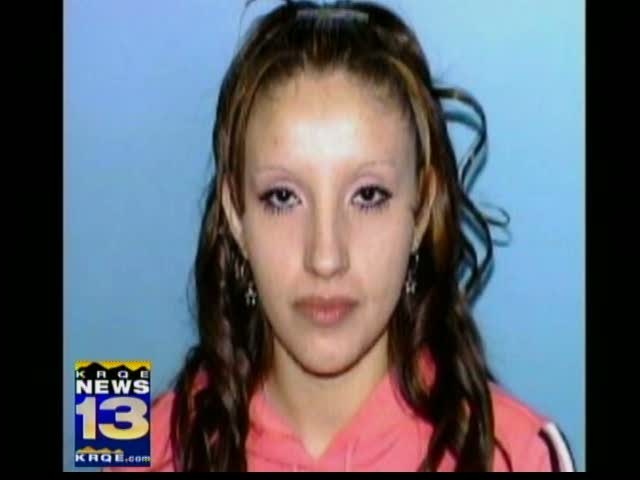 Amber Tapia was arrested again on Thursday, charged with forgery and identity theft.

Police said she was out on bond for stealing the identities of about 450 people, when she tried to use a credit card that was opened under someone else’s name.

COMMENTS: Again, I would be surprised if mail theft wasn’t involved in Tapia’s scheme in some way or another, though I do think it is interesting that this article doesn’t report how she stole her victims’ information.

(MADERA COUNTY, CALIFORNIA) “A traffic stop has led to four arrests in Madera County; all of them are suspects in an alleged identity theft operation with victims across the country.

Three men and one woman were taken into custody early Monday morning after a deputy pulled their car over in Madera County.

The deputy found a large pile of mail, including more than 30 bank checks with the names of people in Clovis, Fresno, and as far away as Tennessee and Virginia.

That traffic stop also revealed that one of the passengers was wanted by Fresno police and another was on parole for burglary.”

COMMENTS: I wonder if these criminals were on a cross-country mail theft spree, or did they simply purchase the stolen mail from other crooks? You see, often low level criminals can steal mail to trade for cash or drugs (most always methamphetamine) and then other criminals use the stolen mail to commit identity fraud. The fact that these criminals were arrested with individuals’ mail from California to Virginia indicates to me that they are very likely only a small part of a much larger operation.