This week, a huge bust in Vancouver Washington. Police found a ledger with over 400 individuals’ information along with stolen mail, credit cards and more. In addition, we’re seeing more and more mail theft from areas where people often say “that doesn’t happen around here”, including Minnesota and Iowa. For more details and our commentary, see below! 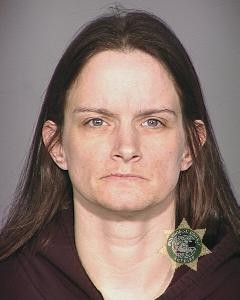 (VANCOUVER, WASHINGTON) “Inside a Southwest Vancouver home police said they discovered a tub filled with credit cards, IDs and stolen mail. All told, 402 people could have their identities in the hands of thieves.

The find included names, Social Security numbers, birth dates and personal bank information. Those 402 people not only live in Vancouver but also in the Portland-Metro area and in other states.

Vancouver police spokeswoman Kim Kapp said it is unknown if there are any ID theft victims yet. She said they don’t even know who got all the names and information, how they did so, or how long ago.

Neighbors said Michelle Scoggins lives at the house. Police said she crashed into a state trooper and has more than a dozen felony charges to her name.

No one has yet been charged in the case.

Kapp said the department is not going to be calling 402 people to warn them that their identity might have been stolen. So a KATU News reporter, using the list of names compiled by Vancouver police, decided to try and find a few by knocking on their doors or by calling them to let them know they may be at risk for identity theft.

“Well, Anita, I thank you very much, this comes as a shock,” said Janet McInroe who was reached by phone.

“(They) probably want to do a credit report, look over bank statements and credit card statements and make sure nothing is out of place – no unauthorized charges, those types of things,” she said.

If people do find a problem, they are instructed to contact police in the town they live.

People on the list are from just about every local city and some even live in Idaho and Pennsylvania.

The KATU News reporter knocked on a lot of doors and made a lot of calls but most people didn’t answer.

Two people who did said they were so unnerved by finding out they may be at risk for identity theft that they declined to be interviewed.

All said they had no idea how anyone got their information.

COMMENTS: This ledger was probably accumulated over months and months of stealing wallets, purses and MAIL. Most all information needed for identity theft does come in the mail. Maybe not every day, but over time. These criminals (aka tweakers) are patient and accumulate this kind of info. It circulates in ID theft rings and may go unused for months and months, until they have everything they need.

It is ultra important to protect your personal documents, since the MAJORITY of identity theft is perpetuated the old fashioned way: stolen wallets/purses, mail and trash (Javelin Research). Everyone should use a high security locking mailbox to protect incoming mail, do not send checks except from secure boxes, and shred mail before discarding it.

(HASTINGS, MINNESOTA) “A 26-year-old Hastings man, Jason Mark Hamilton, faces a felony charge of mail theft in connection with the April 13 theft of mail on 24th Street. According to the criminal complaint filed in the Dakota County Attorney’s office, police were called regarding a theft in progress – a male had removed items from a mailbox and left the area. The victims were chasing him. They ended up at a residence on 23rd Street.

The victims provided the officer with a pink envelope ripped open, containing a white envelope and multi-color mailer addressed to the victim. The victim said she received a call from the reporting person about someone going through the mailbox. She saw Hamilton, confronted him and observed mail in his hands.

COMMENTS: Mail theft is happening across the country. The best defense is a high security locking mailbox like the Mail Boss. The Mail Boss keeps your mail and your identity safe.

(SIOUX CITY, IOWA) “Paying your bills, or paying a thief?

The warmer weather brings the sunshine, and it brings crime; and, one of the worst things that can be taken from you is your identity.

But for thieves, getting your info is as simple as walking to the mailbox.

So what would you do if you were robbed, of your mail?

“I’d be extremely upset. Because that was my hard earned money that I paid for. Now I’m gonna have to come up with some other to pay for it again.”

“I’d like to think that it’s not happening but realistically, it probably is.”

“I’d feel really invaded. Just from the fact that they stole from my mailbox. Then I would be concerned as to identity theft.”

“Mailboxes are extremely easy to walk up to, and take something out of, but it does happen. The biggest thing with criminals is they look for opportunity. When a condition starts to exist, that creates that opportunity for them. They’re gonna capitalize on it.”

Postal officials say if you don’t feel safe mailing bills where you live, there are other options.

“It’s, it’s an issue, there is mail theft, absolutely. If you’re concerned about security in your neighborhood or where you live, or do business, make use of one the many U.S. Postal Service collection boxes.”

Making a trip to a postal mailbox could save you, your identity.

A few pieces of advice, always check your credit card statements to watch for suspicious activity.”

COMMENTS: This article makes a good recommendation for securing outgoing mail but does not mention the importance of protecting one’s incoming mail. The majority of information needed for identity theft can be found in one’s incoming mail: bank account numbers, credit card statements, utility bills and more.A high security locking mailbox can protect your incoming mail, keeping your identity safe from criminals.