We are thinking we will make “Mail Theft Monday” a regular posting, now that we have oodles of mail theft to report on, thanks to a new Google News Alert for “stolen mail”. So without further ado, here’s the latest and greatest in the world of mail-identity theft.

Two Horry County residents sentenced in federal court for “mailboxin”
SCNow – 11/9/09
(MYRTLE BEACH, SOUTH CAROLINA) – “Two Horry County residents were sentenced […] for stealing checks from mail boxes. […] Holly Sturkey, 32, of North Myrtle Beach, Brandon Ramon Ledesma, 24, of Gallivants Ferry, and Wayne Michael Scupp, 41, of Pelion, were sentenced in federal court for conspiracy to possess stolen mail matter and to commit bank fraud. […] Sturkey, Ledesma, Scupp, and others stole checks and mail from various mail boxes in the Myrtle Beach area in order to commit bank fraud from July to November 2007. They described this activity as “mailboxin,” and used the stolen checks and personal identification information to open bank accounts, obtain additional checks on the new accounts, and cash them at area merchants, knowing the checks were worthless. […]”

Checks Stolen From Mail
WOWT – 11/8/09
(OMAHA, NEBRASKA) – “A Heartland woman is concerned a thief may still have possession of a check she wrote to pay a bill. It was one of two she says was taken from her Brookhaven Park Neighborhood home […]. […] According to the police report, the checks were taken from the 59-year-old woman’s mailbox on Wednesday, November 4th. […]”

Authorities warn of rising fraud risk
The Reno Gazette-Journal – 11/8/09
(RENO, NEVADA) – “Every year, thousands of Reno residents report they were ripped off of their hard-earned cash through some sort of scam or scheme. […] While the numbers of such reports to Reno police have remained steady – but high – the past five years, the recession could drive up fraud crimes, said Sgt. Scott Dugan, who heads the Reno police financial crimes unit. Five types of fraud crimes rise to the top: check fraud, credit card fraud, identity theft, obtaining money through false pretenses and Internet and mail scams […]. The consistency of the reports prompted police to encourage education and awareness among residents as a way of prevention.

Dugan suggests people should keep personal information guarded, review yearly copies of their credit reports and secure items like purses, identification cards and checkbooks so crooks can’t steal them. […] Identity theft – […] Dugan said thieves use many ploys to get your personal information, such as e-mails, phone and mail solicitations. Mail theft is another factor. […] Thieves are able to use a Social Security number, date of birth and other information to obtain goods and services. Victims usually have a long road to recover from the damage, including ruined credit scores and inappropriate debt. […]” 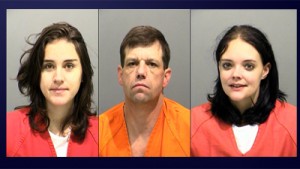 (DENVER, COLORADO) – “Five men and four women alleged to be in an identity theft and forgery ring operating in Jefferson County have been indicted by a grand jury for racketeering under Colorado’s Organized Crime Control Act. […] The group members are accused of stealing financial and personal identification information by breaking into cars and stealing mail out of mailboxes. Most of the thefts from home mailboxes occurred in Jefferson County between Oct 2008 and Feb 2009. […] According to the indictment, members of the ID theft ring stole checks and other banking information, Social Security cards, drivers’ licenses, and credit cards. The stolen information would be used to create forged checks and identifications. The forged checks or stolen credit cards would be used to obtain merchandise and cash which they used to pay for their daily living expense and illegal drug use.

[The DA] said, “As we so often see, this ID theft ring appears to have been fueled by the members’ methamphetamine use.” […]The investigation began in late 2008 as the Arvada Police [Dept] and Jefferson County Sheriff’s Office began receiving reports of car break-ins and stolen mail. […] “These [ID] theft cases are very complicated and often difficult to prosecute,” said Storey. […]”