The homeowner reported that two people, a white male in his 30’s with light hair and a female with dark hair driving a Kia were responsible. […]”

COMMENTS: Mail theft has been a long-time problem in Sammamish. In fact, mail stolen in Sammamish is responsible for the development of the Mail Boss. (It’s a long story!) To protect yourself, find the Mail Boss at your local Ace Hardware on the Sammamish plateau. Incidentally, Sammamish Ace Hardware was one of our very first hardware retail customers! 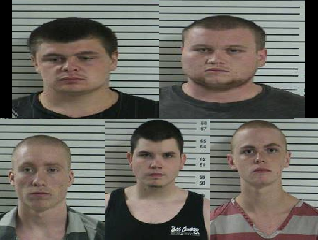 After investigation and interviews Detectives were able to identify and arrest six suspects. It was learned the teens had gone out together on several occasions to commit their crimes. The teens would ride around Iredell County and damage mailboxes; commit larcenies from mailboxes and larcenies from trash cans. They had also damaged homes during their spree. A total of 18 warrants with a total of 19 charges were served on all suspects on September 16th. […]”

COMMENTS: This story makes it sound like the arrested individuals were out damaging mailboxes. In reality, “larceny” from mailboxes is for the purpose of identity theft. Stolen mail contains sensitive information criminals can use for fraudulent checks and credit cards, etc. I would venture to guess the “damage to mailboxes” was damage to locking mechanisms on low-security locked mailboxes – they weren’t likely drawing attention to themselves with mailbox baseball! In reality, mail-identity theft is a fast-growing crime and residents need to take precautions to protect themselves!

At least two residents of the Clarion Woods neighborhood in Topeka have reported letters stolen right out of their mail boxes, and checks disappearing from outgoing bills.

(TOPEKA, KANSAS) “At least two residents of the Clarion Woods neighborhood in Topeka have reported letters stolen right out of their mail boxes, and checks disappearing from outgoing bills.

Experts say all the criminals need is the routing and account number from your check, and they can make their own, as easily as ordering new checks online. They can also use a washing technique, eliminating your ink and making the check out to whomever they want.

If your mail is stolen or you notice fraud, experts say first call your bank, then file a police report.”

COMMENTS: Here is some better (more comprehensive) advice on what to do if your mail is stolen. Most importantly, protect yourself before it happens! Use a high security locking mailbox (available at Westlake Ace Hardware in Topeka) to secure incoming mail, and never send sensitive outgoing mail from an unsecured mailbox. Of course, always shred sensitive documents (most of which come in your mailbox) before discarding them to thwart dumpster divers.