In Houston, Hurricane destroys houses but not the Mail Boss

In September 2008, Category 4 Hurricane Ike hit the United States mainland with 145+ mph winds, destroying houses and businesses, and wreaking havoc as it swept across the state of Texas. Hurricane Ike took hundreds of lives and caused over $26 billion dollars in damages, but it did not destroy everything in its path.

One Mail Boss owner in Houston Texas, Darrell Ogg, wrote to us after the hurricane to let us know that his Mail Boss locking mailbox had survived the storm. In his email, he wrote:

“We bought a very nice locking mailbox from you guys and would like to send an interesting picture of it to you. We live in Houston, TX and recently had had a hurricane pass through here (Ike). Please contact me and I will attach a photo of the mail box. You might want to use it in your next video. Thanks.”

Of course as soon as we received this e-mail, we were dying of curiosity to see this picture. Darrell and Karen Ogg responded with a series of astounding images along with an anecdote explaining the Battle of Ike vs. Mail Boss. (Spoiler Alert: Mail Boss wins!)

We ordered the Boss mail box and set it in the ground with enough concrete to support its “greatness” as it deserved. We were sure it would catch many car mirrors and repel a few baseball bats but never thought it might have to possibly catch a tree. During Hurricane Ike, as it was heading directly for us, our oak tree near the street just couldn’t stand anymore. The winds forced it over just before the eye of the storm passed over. As the eye gave some stillness in the winds we proceeded outside to investigate any damage. The neighborhood was pitch black but armed with flashlights we discovered the oak laying across the road. We quickly looked for the mailbox to be crushed somewhere among the limbs but instead our mouths fell open in amazement. The tree limbs forked around it when it fell, never touching it not even a scratch. It was like…. it was “The Boss” and untouchable. [Emphasis added]

The pictures captured by Darrell and Karren Ogg are truly shocking. It seems that the Mail Boss parted the oak tree branches that collapsed around it. So with no further ado, here they are. Enjoy! 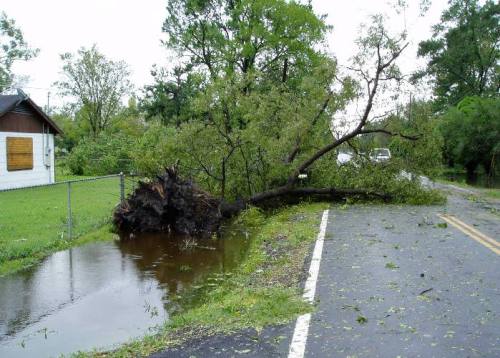 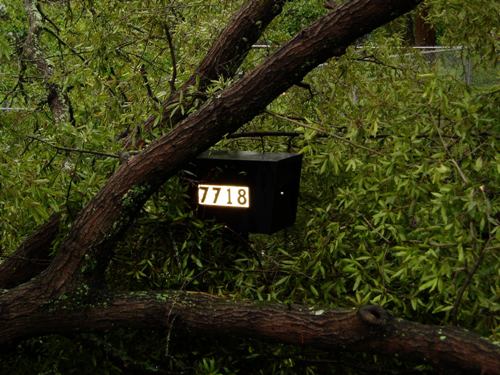 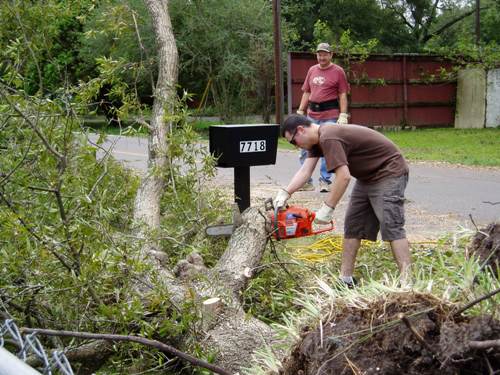 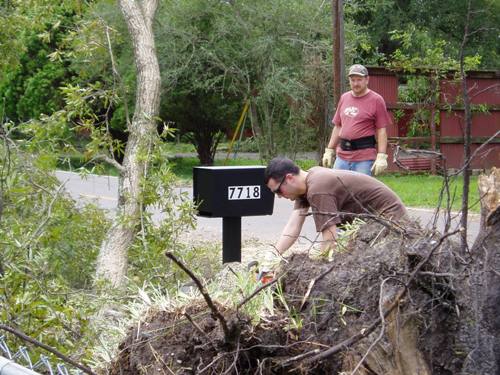