It seems that lately mailmen have gotten quite creative in delivering packages that won’t fit into your curbside mailbox. This gem was on the Consumerist today: 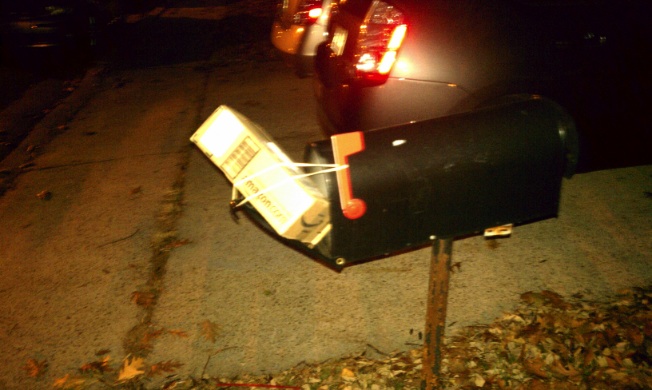 Who knew mailmen were so crafty?

Josh arrived home to find the mailman had managed to still stuff his Amazon delivery in his mailbox, despite the box being larger than the mail slot.

By ingeniously affixing a simple rubber band to the mail flag and the lip of the mailbox, the mailman created a sling capable of holding much wider boxes.

And earlier this week on There, I Fixed It:

I’m thinking there must be a lava moat or something in these folks’ driveways. I mean, c’mon… take it to the door! Walking up the driveway has got to be less effort than devising these contraptions!

Of course, if these homeowners had a Mail Boss Package Master, the mail carriers could have simply deposited the packages in a secure package mailbox, where they would have remained safe and sound!

Apparently, rubber bands work too, though 🙂

So what do you all think? Mailman WIN or FAIL?