According to the 2010 Identity Fraud Survey Report (preview here) by Javelin Research, identity theft is on the rise. 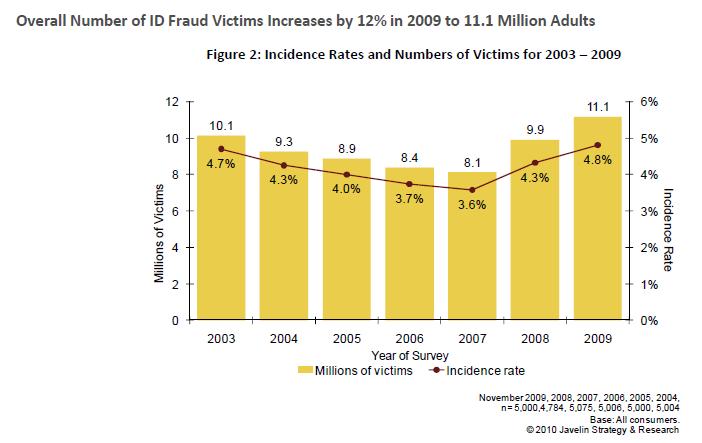 While losses and subsequent consumer costs have decreased due to increased protections, the overall number and percentage of ID theft victims continues to rise. As indicated in the graph above, 4.8% of Americans, or about one in 25 adults, were victims of identity fraud in 2009.

A regional analysis of identity fraud reveals significant changes in 2009 from 2008 findings, with no apparent geographic pattern in increases and decreases. States showing increases include Alabama, Arkansas, Colorado, Connecticut, Louisiana, Minnesota, New Hampshire, South Carolina and Utah. California was alone in showing a significantly greater than average incidence in fraud. 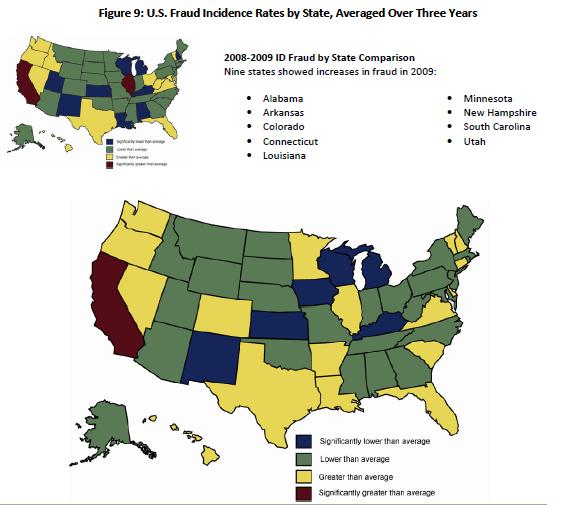 One significant finding of the 2010 Identity Fraud Survey is that consumers are taking legal action against identity fraud: 49% of 2009 victims filed a police report, a significant increase from 39% in 2008. These findings are hopeful, as only with such continued efforts – as well as vigilance on identity fraud prevention – can we directly combat identity theft.