As people convert to locking mailboxes, thieves are resorting to prying open locked mailboxes to steal mail for identity theft.

Mail Boss mailboxes include a patented anti-pry latch locking mechanism to prevent leveraged entry. And while the Mail Boss isn’t theft proof, it provides significant deterrence to even the most determined thieves.

… Well, that’s what we always say, but a picture is worth a thousand words!

Here’s a picture from Mark, who decided to go with a Mail Boss mailbox after his locking mailbox was repeatedly pried open by thieves: 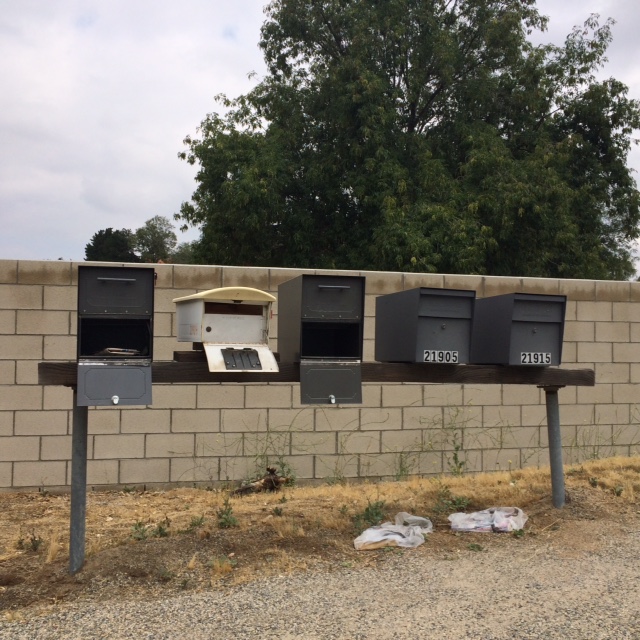 When Mark and his neighbors realized their mail was being stolen, they decided to get locking mailboxes for protection.

First, they bought the Curbside MailSafe by Solar Group. Turns out they were not so “safe”; thieves broke into them and stole mail.

Then, a couple of the neighbors converted to the Oasis Jr by Architectural Mailboxes. Those mailboxes were also broken into… twice.

While three of the neighbors stuck with the Oasis Jr (shown left and center) and the MailSafe (shown in white), Mark and his neighbor upgraded to the Mail Boss Curbside (shown right).

When the mail thieves came back, they again popped open the Curbside MailSafe and the Oasis Jr mailboxes (“easy pickings” as we call them) but did not get into the Mail Boss mailboxes.

Here is the same picture as above with Mark’s editorial commentary in orange: 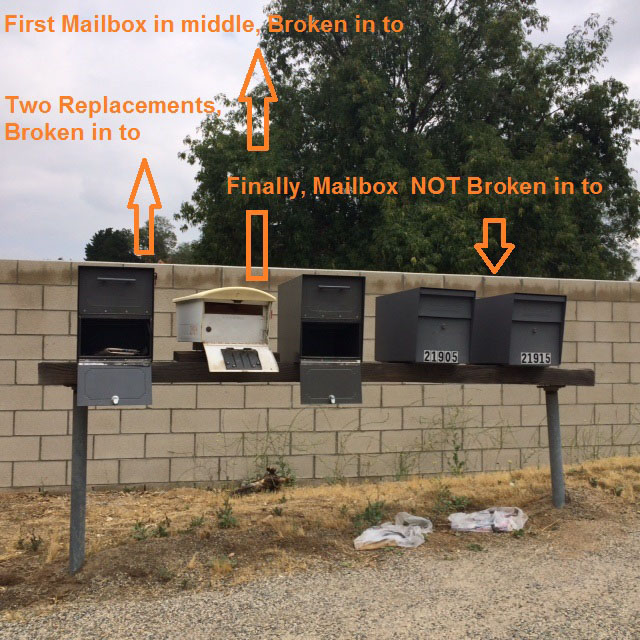 And here is Mark’s explanation:

Live in country 12 years. The middle mailbox was not the first. Regular mail box was and mail was stolen.

When I installed another brand mailbox [Oasis Jr by Architectural Mailboxes] left and right of small one, in picture, my one neighbor wanted the old one. But one neighbor with me installed, heavier mailboxes.  No good.  Broken in to several times with pry bar.

So, I left two older ones up, bait, and FINALLY bought your MAILBOX [Mail Boss Curbside] for me and one neighbor.

That would be the two on the right of course…!

Last Friday night they strike again, BUT the difference, YOUR MAILBOX stood strong!  Neither my self or my one Neighbor were broken in to.

I just want to say THANK YOU MAILBOX.  Great Job. Should have found you sooner.

To people who think this story is anecdotal, and that any locking mailbox is adequate to deter mail theft, we say: Maybe so. But Mark’s story is not the first (and surely won’t be the last) of thieves breaking into lower quality locking mailboxes.

Remember Tim, whose Package Master stood strong while the Oasis Jr mailboxes of his neighbors were pried open? 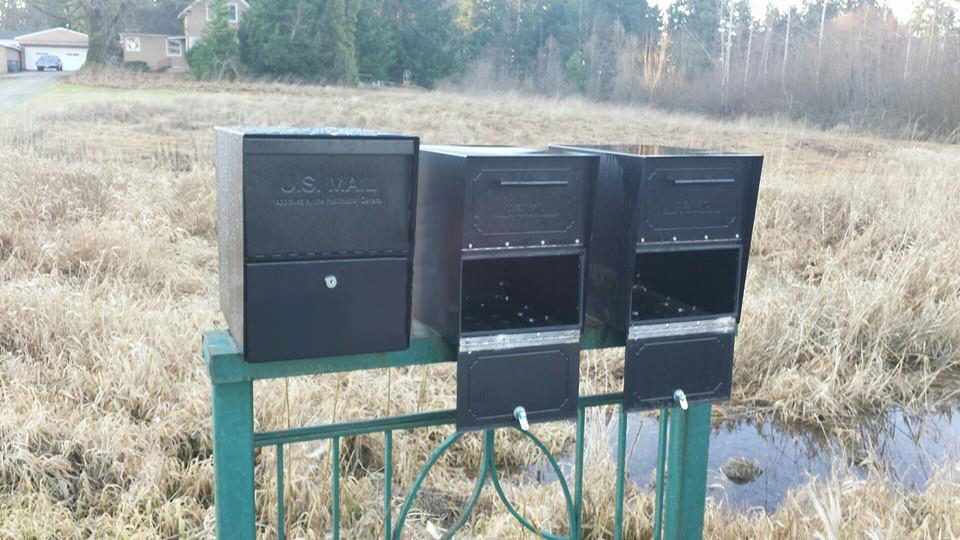 In our opinion, mailbox burglary from locking mailboxes will only become more common. That’s why it’s so important – now more than ever – to choose your locking mailbox wisely, before it’s too late!