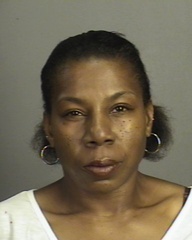 Police arrested 49-year-old Priscilla Robinson on Saturday and charged her with third degree grand larceny and second degree possession of a forged instrument. Police say the Orchard Park Police department investigated Robinson and found she had stolen checks from mailboxes, then had the names of the payee and amounts on the check changed. Police say Robinson cashed checks in Amherst and Lockport for over $6,500 in cash.

Robinson is awaiting sentencing in Monroe County for a misdemeanor plea from last September. She is currently being held at the Erie County Holding Center. […]”

(FRESNO, CALIFORNIA) “An uncle and nephew suspected of stealing mail from multiple homes in Fresno were captured by county sheriff’s authorities last week.

Ger Yang, 27, and his nephew Seng Sor Yang, 18, were arrested Aug. 2 on charges of mail theft and are suspected of taking mostly unemployment checks from residences. Fresno County Sheriff’s Department spokesman Chris Curtice said the pair of family members had a motive for taking other people’s mail.

“Detectives learned that Yang and Yang were stealing mail looking for checks,” Curtice said. “They would then cash the checks to support their methamphetamine habit.”

An investigation into the thefts was first launched in late July, when the sheriff’s office received a report of missing mail at a residence located on the 5000 block of East Copper Avenue in northeast Fresno. One of the items taken was an unemployment check.

That check was cashed at the unemployment office, which was where detectives helped link the stolen check to Seng Sor Yang. The trail then led to the home of Ger Yang, who was on felony parole, according to Curtice.

The investigation also revealed that there was more than one victim.

“During the search, detectives discovered several items of mail apparently stolen from 20 different victims,” he said.

COMMENTS: Stealing mail for check fraud and identity theft is one of the most common ways meth heads fund their addiction. In fact, MSNBC did an expose on the meth connection to identity theft (google it!) that indicates that stealing mail and other ID theft crimes are perfect for meth heads who stay up all night doing tedious tasks such as piecing together sensitive financial information. ID theft is the fastest growing crime in America (certainly not aided by the fast growing meth epidemic) and citizens need to take precautions to protect themselves. Namely, use a high security locking mailbox like the Mail Boss to secure your incoming mail, and don’t send checks or other sensitive documents from your mailbox, where they are vulnerable to be snatched by ID thieves. And as always, shred sensitive documents (most of which come in the mail) before discarding them to thwart dumpster divers.

(KEY LARGO, FLORIDA) “The Monroe County Sheriff’s Office is on the lookout for a woman and two children suspected of stealing mail in the Stillwright Point neighborhood last week.

A call from a resident whose mail was taken on Wednesday, Aug. 3, brought Deputy Donald Dalton to investigate. The homeowner identified a “full-figured woman in her 30s” with two children — one male and one female — from video cameras located on the property. Dalton spotted a woman who matched the description riding a bicycle but the homeowner said she was not the thief.

At 5:30 that day U.S. Postal Service inspectors confirmed that the Miami office had received complaints of missing mail in the Key Largo neighborhood.

A Miami postal inspector declined to comment on the alleged thefts but a report from Sheriff’s Office identified the suspect as a woman riding a bicycle and wearing a bandana, stretch shorts and a shirt.

The incident is under investigation by both agencies. To report suspicious activity, call the Sheriff’s Office at 853-3211 or the U.S. Postal Inspection Service at (305) 718-7604.”

COMMENTS: Stealing mail is one of the most common ways thieves obtain your personal sensitive information for identity theft. Residents receive bank account statements, credit card offers, utility bills, courtesy checks and more, all in their curbside mailbox. Without a high security locking mailbox like the Mail Boss, your incoming mail can be stolen leaving you vulnerable to the nightmare of identity theft. Protect yourself with a secure mailbox, and never send checks by putting the red flag up. Bring them directly to the post office or use online bill pay – it’s more secure. Last, always shred sensitive documents (most of which come in the mail) before discarding them to thwart dumpster divers.

(DANVILLE, CALIFORNIA) “A Danville resident is in jail after cashing thousands of dollars in stolen checks and using stolen credit cards.

Ricardo Mendoza, 36, was arrested on Thursday, Aug.4 after a doctor’s office on Podva Road reported the theft of several checks, credit card information and other miscellaneous items. The checks had been written directly to Mendoza and the goods bought with stolen credit cards were shipped to his home.

While checks were stolen directly from the doctor’s office, Shields suspects that Mendoza stole the rest of the mail from unlocked mailboxes in the San Ramon Valley. As of Monday afternoon, police had uncovered approximately $5,000 in cashed checks and close to $1,000 in property bought with credit card information.

“This is still an active cause and there’s still follow up being done. When you have that many leads and that many victims, it takes a little time,” Shields said.

Mendoza is currently being held in the Martinez Detention Facility under two counts of forgery and one count of stolen property, which is the result of all the stolen information being lumped together. Shields said Mendoza’s bail is set at $60,000, though the Immigration and Naturalization Service has put a hold on his release.”

COMMENTS: Simple lesson here. Unlocked residential and business mailboxes leave you vulnerable to check fraud and identity theft. Secure your mail to protect your credit and your good name. Mail contains a plethora of sensitive information for would-be identity thieves like Menoza.

Delaware County Sheriff’s Deputies are investigating the Larceny/Theft of mailboxes on West Peakes Brook Rd. and Warren Rd. in the Town of Meredith. The mailboxes of interest in this case were taken between the hours of 10:00 pm on August 5, 2011 and 8:00 am on August 6, 2011.

If anyone has any information pertaining to the whereabouts of such mailboxes or any knowledge of who may be responsible for this act, please contact the Delaware County Sheriff’s Office at (607)746-2336 as soon as possible.”

(WILLIAMSBURG, VIRGINIA) “Returning home from a routine walk Tuesday, Patricia Broderick spotted a bunch of papers peeking from the storm drain in front of her Holly Hills home.

It was a huge cache of undelivered mail.

“Her first thought was that the recycling guys had been sloppy,” said her husband, Matthew Broderick. “A few pieces of mail were on a ledge I could reach from the road. They included bills, periodicals and statements from financial companies.”

Even more mail was found deeper in the storm drain. Matthew Broderick called the post office and reached a supervisor who promised to come out that day.

“By 10 o’clock that night it was obvious he was a no-show,” he said. He contacted the homeowners association, which put out an alert on its website for anyone missing their mail.

The next day, Matthew Broderick took it upon himself to pry open the manhole cover over the storm drain to reach the rest of the stash. “It was a goodly pile of mail, at least three dozen items,” he said. He spread the mess out on his driveway to dry.

Most of it belonged to two nearby residents who were out of town for long stretches. Where originially he had believed that an errant mail carrier had dumped the mail, he now believes that the neighbors’ overflowing mailboxes had been robbed or vandalized.

“I can’t believe a mail carrier would dump all of this mail,” he said in an interview. “This may be something we need to be careful of. If you go away, stop your mail or get a neighbor to pick it up. We sure have to be on our guard.”

In the meantime, Postal Service reps, police and municipal workers arrived Wednesday afternoon. “They put it all in a big shopping bag, and away they went,” Broderick said.”

COMMENTS: ” Not sure why everyone is making this about the mail carriers. Popular to hate on the USPS? In reality, this sounds like MAIL THEFT and usually the perpetrators are METH HEADS looking to steal sensitive account information for check fraud and identity theft. Most people don’t even realize when their mail goes missing unless it is found by postal inspectors or concerned citizens. In this case the meth head probably took what he/she wanted and dumped the mail of no use down the storm drain. Use a security locking mailbox to protect yourself. Otherwise you should be concerned about mail-identity theft. ”

(WEST SEATTLE, WASHINGTON) “*Returning to her Arbor Heights home Friday afternoon of last week, a woman encountered two people — described as a man in his 50s and a woman in her 60s — with their hands inside her mailbox. When they realized they had been spotted, the pair drove away northbound on 35th SW in a new green Chevy Blazer. […]”

(OAKDALE, MINNESOTA) “An Oakdale man was indicted for allegedly working with nine other Twin Cities residents to steal mail and use it to commit bank fraud and identity theft, according to a press release from the U.S. Attorney’s Office.

The indictment was filed Wednesday, Aug. 3, according to the press release.

Between July of 2010 and July of 2011, Mariano and the other defendants allegedly stole mail from curbside mailboxes in Washington, Ramsey and Dakota counties, the press release says, with the intent to get personal information from the mail that would allow them to fraudulently pull money from victims’ bank accounts.

Mariano and other defendants also allegedly destroyed blue mail collection boxes in December of 2010 and January of 2011 to get mail, the press release says.

The defendants allegedly stole personal information such as names, birthdays and bank account numbers as well as credit cards and checks, according to the press release. They allegedly used chemicals to remove certain details from checks and then re-wrote them and used them at stores in Minnesota and Wisconsin, according to the release.

COMMENTS: Mail theft is one of the most common ways thieves obtain your personal sensitive and financial information for identity theft. Protect yourself – use a high security locking mailbox available at Mills or Ace Hardware to keep thieves from stealing your incoming mail. Never send checks or bill payments from an unsecured mailbox – bring bill payments directly to the post office or use online bill pay – it’s more secure. Last, always shred sensitive documents (most of which come in the mail) before discarding them to thwart dumpster divers.